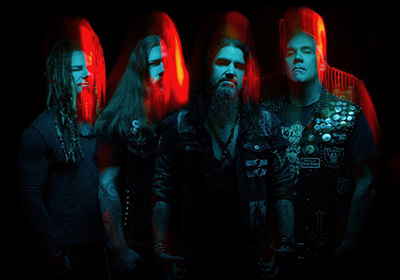 Three-fourths of MACHINE HEAD's "Burn My Eyes" lineup â€” guitarist/vocalist Robb Flynn, drummer Chris Kontos and guitarist Logan Mader â€” were joined by current MH basssist Jared MacEachern and Metal Hammer journalist Dom Lawson as they listened to the classic debut album for the first time in over two decades. This often-hilarious conversation sees Flynn, Kontos and Mader trying to remember where they wrote songs, discussing how they got together back in 1992, and the time they set off the smoke alarms at the Fantasy recording studio from smoking so much weed.